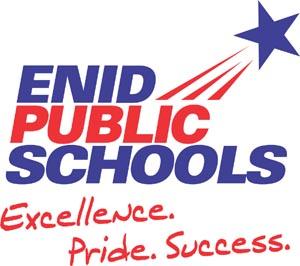 Coolidge Elementary is excited to send their first robotics team, the Digital Colts, to the State Championship after winning grand champion at regionals in Tulsa on November 17.

The team will compete at the state competition in Shawnee on December 15.

“We always knew that our students had it in them,” said Sherri Hendrie, principal of Coolidge Elementary. “With this being the first year to implement a robotics team, our students and teacher sponsors have truly gone above and beyond, and we hope to see the program continue to flourish.”

The program, FIRST LEGO League (FLL), is a competitive robotics engineering and programming challenge that blends science and technology, while building self-confidence and knowledge, and enhancing 21st century career skills. The program challenges students to think like scientists and engineers. Alongside adult coaches and mentors, teams solve problems and learn engineering concepts, presentation techniques and programming.

This year’s regional challenge, Into Orbit, required students to build and program a robot to complete multiple space-based missions. The students had to identify and solve an issue that could affect long-term space travel or life on another planet. The Digital Colts objective was to identify and study the issue of microgravity’s long-term effect on low blood pressure and cardiovascular health.

To prepare for the competition, the team invited and spoke with several local experts, including Dr. Gregory Schuchard, a cardiovascular surgeon from Integris Bass hospital; Dr. Isaac Engholm, a flight medicine doctor from Vance Air Force Base; and Dr. Aurelie Azoug, a mechanical and aerospace materials engineer. Through these discussions, the team learned about cardiovascular health and long- and short-term solutions for microgravity’s effects as well as developed a design for a space suit that would monitor and adjust to keep astronauts’ blood pressure at a constant rate during space travel.