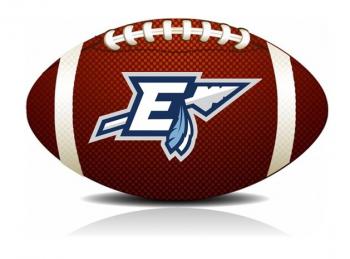 School officials will ask Board of Education members to approve Woods’ hire at their regular school board meeting Monday night. Once approved, he will begin his duties in Enid next week.

Woods joins the EPS team after serving Oklahoma City Public Schools as the John Marshall High School head football coach since 2012. He led the John Marshall Bears from a winless program the season before he took the helm to an Oklahoma football powerhouse, including three district titles and a state championship in just six years.

“We are thrilled to recommend to our EPS school board Monday night Coach Rashaun Woods as our new Head Football Coach. His skill set, background, experience, expertise, and past accomplishments are all aspects that we feel will translate extremely well in leading our Enid High football program,” Superintendent Dr. Darrell Floyd said. “From all indications, he also has great relationship-building skills. He has been tremendously successful in his coaching career in taking programs with little or no success; then building them into championship programs.”

A native of Millwood, Woods played wide-receiver for the OSU Cowboys from 2000 to 2003. He finished his college career with 293 receptions, 4,414 yards and 42 touchdowns. He was a two-time, first-team All-American and was selected for the All-Big 12 first-team for three years. The three-time OSU MVP also received the Biletnikoff Award and was a Heisman Trophy candidate.

After college, the San Francisco 49ers selected Woods in the first round of the NFL draft, and he played for the team for two years. He also played in the Canadian National Football League.

Woods began his coaching career in 2008, when he served as the offensive coordinator for Star Spencer High School in Oklahoma City, which won the state championship that year. His offense averaged 48 yards per game, and his team boasted, among its players, a 1,500-yard passer and two 1,000-yard rushers.

From 2009-2012, Woods coached for Millwood Public Schools before accepting the head football position at John Marshall. The year before his arrival, the Bears went 0-10. Under Woods’ leadership, the team won the state championship in 2017.

While at John Marshall, Woods earned the honor of Oklahoma City Public Schools Male Coach of the Year in 2016 and 2017. Thirty-nine of his players have received college football scholarships, including seven who accepted D1 offers.

Woods and his wife, Jenni, have two children. Woods also is an avid bass angler.